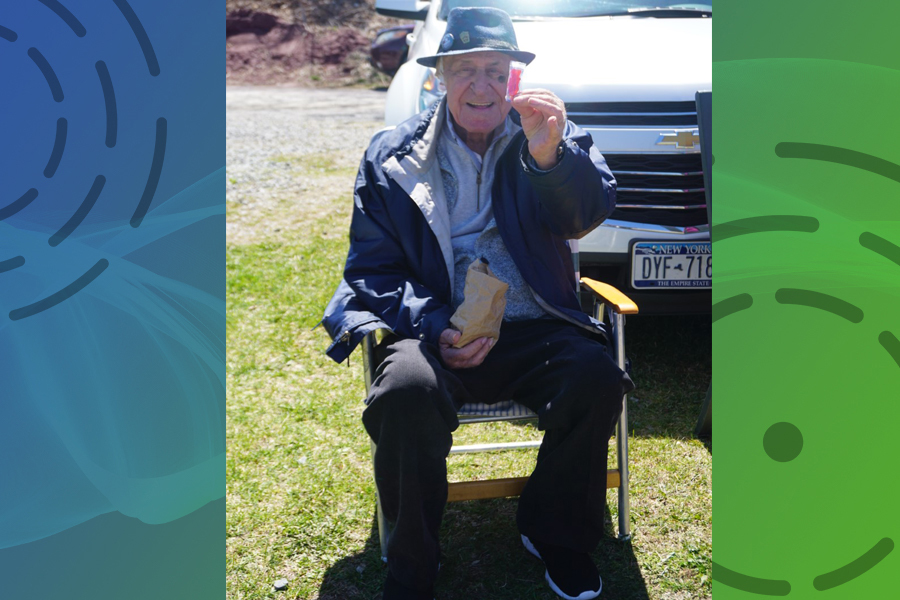 Although unable to speak at length with NYVTmedia via phone, Bassett, who is still a member on the board, said he was honored to receive the dedication of four ballfields in his name after he “put 46 years in there.”

Bassett’s son, Granville Police Chief Ernest Bassett Jr., said his father was directly involved with Little League coaching and on the board since the chief was eight years old.

“I think that him dedicating such a portion of his life to a volunteer organization, he’s a well-deserved individual for what is happening and he’s dedicated hours and hours, I don’t even know how many, a great portion of his life at that Little League field,” Bassett Jr. said.

“And when I say that, as a kid growing up, we were there six or seven days a week for as long as I could remember,” Bassett added. “Even in my profession, it seems like a lot of families and a lot of kids who are no longer kids and kids now still talk to me about my father being at the Little League and how they all recognized him and are familiar with him.”

Bassett Sr., a former safety officer to the village, could often be seen patrolling to the park and making sure the players were safe when darkness would take over the field or traveling to the ballpark on his golf cart handing out individually packaged Swedish Fish.

Current little league board president Paul Garrone said via email that he has fond memories growing up and seeing Bassett always involved in some function at the ballpark.

“I think this is well deserved,” Garrone said. “Ernie has been the heartbeat of the Little League for as long as I can remember. I remember him bringing game balls to every field when I was younger. He put his heart and soul into that place and he deserves a spot on those fields forever.”

After stating that the Little league “is the only organization in Granville that touches every family,” Telescope Casual Furniture CEO and member of the Little League board of directors Kathy Juckett described Bassett as the “pied piper” of the Little League with lines of children chasing him down for candy in his golf cart and a supporter of the community for his 17 years as board president.

“I think the most striking thing that stands out about him was his absolute love and dedication for the children of all ages,” Juckett said. “It was and is his passion in life…they don’t make them like Ernie anymore, he’s one-of-a-kind.”

“He was like our modern-day Father Baseball,” Juckett said.

Little League treasurer Robin Dodge said Bassett was 100% invested into the program and that his legacy will now be reflected with the dedication of the quad of playing fields.

“Just dedicated to the point where he was down there every single night of the week, he was at every single function we had for Little League, every meeting, everything,” Dodge said.

Former board member Mike Emond said Bassett had always loved the kids and the community and was “down to earth and would talk to anybody about any issue that would come up.”

Emond added: “He was Little League president for many years. He was always involved, he was always concerned with everything in the organization. He saw to the daily operation of the games and schedule. He was there every day.”

Former board member Pat Oakman recalled Bassett as the “most honest guy” he had ever met.

“He was involved in Little League longer than I was there, and I was there for 35 years,” Oakman said. “Granville Little League wouldn’t be what it is today if it weren’t for Ernie Bassett Sr.”

The 2022 Granville Little League season kicked off with the annual coin-drop on April 30 and the opening day parade and ceremony on May 1. Games are scheduled to take place until June 23.