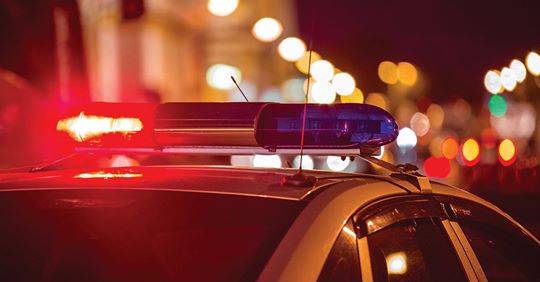 A uniformed officer on patrol was dispatched to Cumberland Farms on Broadway Avenue for an apparent hit-and-run accident on July 2 at about 5:14 p.m. 24-year-old Connor Gladd of State Route 4 was arrested for resisting arrest, obstructing governmental administration in the second degree, and criminal mischief in the fourth degree.

Gladd stated that his ex-girlfriend and mother of his child, Marissa Black, struck him with her vehicle on the corner of West Street and Saunders Street. He said he was uninjured and the incident started because of a dispute over visitation of the child.

Gladd said he followed the woman to the intersection and parked his truck on the roadside and got out and stood near the front of her vehicle. Upon getting back in the vehicle, she struck him, which he said appeared to be accidental and he did not want to make a statement.

The officer cleared the interview with Gladd when a second 911 call came in at 5:36 p.m. from the area of 6 West Street with Black being the caller.

Black appeared to be visibly upset and crying when the officer arrived. She issued a statement that Gladd had followed her from her mother’s house on County Route 12 to the intersection of West Street and Saunders Street when he maneuvered his vehicle around her vehicle in front of hers and obstructed ongoing traffic.

Black stated that Gladd yelled obscenities, jumped on the hood of her vehicle, and ripped off her windshield wiper. A Domestic Incident Report and statement was completed on the scene as well as a photo of the broken windshield wiper on Black’s 2019 Kia Soul.

A separate statement was taken from Amy Michaud who stated she saw Gladd take off and follow her on County Route 12 into the village. Black stated that she was being followed by Gladd and he stated on the phone he would hit her vehicle. Black stated that there had been an order of protection which expired on March 12.

While on the scene, Danielle Beebe said she saw the vehicles on Saunders Street and did not observe anyone being struck by a vehicle. Beebe did not wish to issue a statement on what she observed while passing by. When the officer arrived back at the station he contacted ADA Morris and explained the issue and Morris agreed a charge of criminal mischief in the fourth degree was appropriate. The officer contacted Gladd to come to the station to complete the Domestic Incident Report. The officer asked Gladd once again if he would like to complete a statement as to what happened. Gladd declined.

The officer advised Gladd that he was under arrest for criminal mischief in the fourth degree to which Gladd ran out of the processing room, through the station, and out the front door of the station. He actively resisted arrest by pushing the officer off him, tucking his hands, and grabbing the officer’s arms while police were trying to place his arms behind his back.

Gladd then complied and placed his hands behind his back after several orders to do so. Gladd was placed in custody at 5:29 p.m. and issued a Miranda warning at 5:33 p.m. which he waived. Gladd was processed at the Whitehall Police Station and set to be brought before the Washington County Court in Fort Edward for arraignment.