Editor’s note: An arrest or a charge is not a conviction. All persons listed are innocent until proven guilty in a court of law. Charges can be amended or dismissed.

11:10 a.m. A woman stopped her vehicle on West Main Street to report a man sitting in his vehicle in the free parking area with his pants off, despite the man trying to hide and cover himself. When the officer located the vehicle with the reported man inside, the man was clothed and did not admit to the original complaint. The man said he was simply texting in the free parking lot in his car.

8 p.m. Police were dispatched to Potter Avenue for a reported property damage automobile accident. Upon arrival, the officer observed two vehicles in the roadway. The driver of a Blue Chrysler Town and Country, a 56-year-old North Granville woman, stated she was driving eastbound on Potter Avenue when the driver of a white Jeep, a 16-year-old Poultney, Vermont woman, was driving northbound on Church Street and didn’t brake at the stop sign. The 56-year-old woman said she tried to speed up to avoid getting hit but was unable to. The 16-year-old woman said she wasn’t paying attention until she saw the minivan at the last minute and that she did not stop at the stop sign. Neither woman was injured, but the minivan suffered damage to the passenger side sliding door and rear bumper. The Jeep had a cracked passenger fender, damage to the front bumper and passenger headlight. Both vehicles were able to drive away from the scene.

A domestic dispute ensued between a mother and her 13-year-old son on Williams Street. The mother went to take internet privileges away from her son and he put his hands on her to stop her. The mother refused to give a statement and said she would address it in family court due to her having be there a few days. The responding officer spoke to the son and advised him that he has to follow his mother’s rules because it’s her house.

An officer was dispatched to Stewart’s Shops parking lot for a one-car property damage accident. The driver stated she drifted and hit a snowbank on the side of the road, damaging the front bumper and wheel well plastic. The vehicle was drivable, and the woman stated she was fine. The responding officer patrolled the area of Williams Street where she reported the accident happened and found the snow in the roadway and pieces of plastic that matched the vehicle. The woman said she would contact her insurance company to file a report.

A North Mountain native complained about the noise from an ATV and stated that he is trying to watch Gunsmoke, but the noise is intrusive. The officer patrolled the area and observed the individual on a small child’s ATV on his property. The reporting officer advised that there were complaints and that he should park the ATV for the night. The individual on the ATV said they would.

Police were dispatched to Whitehall village for a welfare check due to statements made on Facebook messenger. The responding officer spoke to the individual and she stated that she had no suicidal or homicidal ideations, and that she was trying to go to bed.

An officer responded to the Dollar General parking lot for a two-car property damage motor vehicle accident. The first driver stated that she backed into the second driver in the parking lot. The first vehicle sustained apparently no damage from what was observed while the second vehicle sustained minor damage to the front driver side bumper.  No injuries were found for both parties and information was exchanged. The first driver was not given a citation due to priority call, causing a responding officer to have to clear from the accident. A motor vehicle accident report is to follow.

2:30 p.m. Isaiah S. Mack, 29, of Hudson Falls was arrested on two counts of criminal possession of a controlled substance in the seventh degree, a class A misdemeanor, and was issued an appearance ticket.

11:55 a.m. Brock E. Gibbs, 37, of Fort Edward and Michael A. Granger, 45, of Corinth were arrested on two and three counts, respectively, of criminal possession of a controlled substance in the seventh degree and one count each of possession of a hypodermic instrument, all class A misdemeanors. They were issued appearance tickets.

8:50 p.m. Jamie C. Alexander, 34, of Eagle Bridge was arrested in Salem for DWI with a previous conviction within the past 10 years, a class E felony. He was released on his own recognizance.

2:30 p.m. Andrew D. Lee, 31, of Hudson Falls was arrested on three counts of criminal possession of a controlled substance in the seventh degree, a class A misdemeanor. He was issued an appearance ticket.

6:12 a.m. Zachary M. Jurnak, 36, of Poultney, Vermont, was arrested in Granville for criminal contempt in the second degree, disobeying the court, and acting in a manner injurious to a child younger than 17 years, both class A misdemeanors. He was issued an appearance ticket.

8:14 a.m. Elvis E. Suniga Granados, 41, of Virginia Beach, Virginia, was arrested in Whitehall for criminal trespass in the third degree on a railroad, a class B misdemeanor. He was issued an appearance ticket.

3:20 p.m. Cody Clark, 25, of Arlington, Vermont, was arrested in Jackson on two counts of criminal possession of a controlled substance in the seventh degree, a class A misdemeanor.

12:30 a.m. Joshua J. Crum, 35, of Hampton was arrested in a domestic dispute for criminal obstruction of breathing by applying pressure and unlawful imprisonment in the second degree, both class A misdemeanors. He was being held.

3:30 p.m. Shane W. Sharrow, 38, of Fort Ann was arrested in Kingsbury for criminal possession of a controlled substance in the seventh degree, a class A misdemeanor. He was issued an appearance ticket.

9:54 p.m. Vermont State Police were notified of a suspicious vehicle parked in a driveway on Arch Street in Pittsford. Troopers identified the driver of the vehicle as Steven T. Browne, 36, of Shoreham, who showed signs of drug impairment. After roadside testing, Browne was arrested and processed for DUI drugs. A drug recognition expert assisted in this process. Further investigation revealed Browne violated multiple sets of court conditions. He was released on a citation to appear for DUI drugs and violations of conditions of release and will answer to the charges in Vermont Superior Court – Rutland Criminal Division at a later date. Troopers were assisted on scene by the Pittsford First Response and Regional Ambulance Services.

3:57 a.m. Vermont State Police were advised of a vehicle off the roadway on U.S. Route 7 in the Town of Dorset, near the Rutland County line. Troopers located the running vehicle parked in the snowbank off the highway. The operator was identified as Bobbie Jo Hurlburt, 42, of Pownal. Hurlburt displayed signs and indications of impairment and was screened for DUI. She was subsequently taken into custody for suspicion of DUI and transported to the Manchester Police Department for processing. She was issued a citation to appear in Vermont Superior Court – Bennington Criminal Division at a later date. Vermont State Police were assisted by the Manchester Police Department.

9:34 p.m. Vermont State Police responded to a motor vehicle crash involving a pedestrian. Preliminary investigation determined that an unknown vehicle was traveling west on U.S. Route 4 in the Town of Mendon near the Killington Pico Motor Inn, when the vehicle struck Henry Miles, 54, who was crossing the roadway. Miles sustained serious injury and was pronounced deceased on scene. Troopers were assisted by Rutland City Fire Department. Anyone with information regarding this incident is encouraged to contact Trooper Shaughnessy at 802-773-9101.

10:20 p.m. Vermont State Police received a report of a robbery at the Jolley Short Stop on U.S. Route 4 East in Rutland Town. A male entered the store and demanded money from cashier Patrick Raymone, 44, of Mendon, after displaying a weapon.

5:34 a.m. Vermont State Police were notified of a single vehicle rollover crash at 1831 U.S. Route 4 in the Town of Mendon. Through investigation it was determined that Elijah Dooley, 19, of Pittsfield was driving a 2014 Ford Focus, traveling east bound. Dooley said he fell asleep while driving, resulting in his car crossing into the westbound lane and exiting the roadway. The vehicle struck a guardrail before overturning. Dooley was treated for rib pain and a concussion at Rutland Regional Medical Center. His vehicle was totaled. Vermont State Police were assisted on scene by the Rutland City Fire Department, Regional Ambulance Service and the Agency of Transportation. A Vermont civil violation complaint is pending. 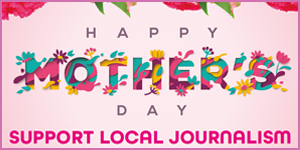