Editor’s note: An arrest or a charge is not a conviction. All persons listed are innocent until proven guilty in a court of law. Charges can be amended or dismissed.

10 p.m. Police were dispatched to a North Street apartment for a reported ongoing physical domestic. Upon arrival the officer observed the person reporting, a 43-year-old woman, at the door saying verbal arguments were occurring all day and night between her and a 28-year-old man. The woman initially reported the man pulled out a knife. The officer observed the man in the hallway and separated them to two different rooms, whereafter speaking to both parties, no physical contact was reported, only verbal arguments. Upon inquiring further, the woman stated the man did not threaten her with a knife. No children were home at the time of the incident, and both agreed to stay separated at the house for the remainder of the night.

10 p.m. A report of a verbal domestic on Factory Street revealed a 29-year-old woman and a 31-year-old man telling two different stories. The woman claimed she lived at the residence and wasn’t leaving. The man stated he felt the woman should leave because they had broken up. Both parties were advised by officers that they would have to follow a formal eviction process if one wished for the other to leave. The man and woman said there was no physical altercation, with the man saying he only called 911 because the woman said if he wanted her to leave then to call the police. The woman stated she was fine with going to her mother’s house with their children and would handle the situation the next day after thinking things over.

11:30 a.m. A 24-year-old man came to the station to report that he was kicked out of his father’s house on Potter Avenue, but wasn’t properly evicted, with his belongings placed outside. None of the property was damaged besides a television that couldn’t be determined unless plugged in. The man wished to file a complaint against his father for not following the legal route of evicting him. Police informed the man this was not a criminal matter, but if any of his property were damaged, it would be addressed then. The man then inquired about wanting his ex-girlfriend for not following their custody agreement. The officer referred the man to family court and advised him to document any custody violations with Glens Falls Police Department where the exchange takes place.

1:59 a.m. There was a report of a domestic dispute between a mother and son. The son, an 18-year-old Mountain Street man, stated that his mother, a 40-year-old Mountain Street woman, accused him of coming into her house under the influence. He stated that when he began playing video games with his brother the woman physically attacked him causing a visible scratch on the bridge of his nose. The man gathered whatever belongings he could and walked to another Mountain Street address where he was staying for the night. He said that the woman had made threats to burn his belongings. He refused prosecution but wanted the remainder of his belongings. The reporting officer spoke with the woman who was highly uncooperative and stated that the man could gather his belongings in the morning. The man was fine with getting the rest in the morning. He was advised that he can request morning patrol in assisting him to ensure there was no further conflict. A Domestic Incident Report was completed with the man who did not want the woman arrested.

2 p.m. A 22-year-old Broadway woman reported a man claiming to be from Spectrum entered her apartment and, upon attempting to answer the door, the man apologized for entering and began to pitch a deal where she could receive WIFI if she offered a different name. The man presented a business card but was not in a company vehicle. The vehicle was a Hundyai Kona with a New York registration KHN5534. The man had a passenger in the car who remained there during the sales pitch. The woman advised that she never requested Spectrum and also confirmed that her landlord was not expecting Spectrum. She also asked neighbors if the man was going around offering the deal, which the man said that he was. None of her neighbors confirmed this information. Upon running the plate with dispatch the vehicle did not return to the plate that was photographed by the woman. The reporting officer advised that if the vehicle returns to call the police.

2 p.m. Shaun J. Symons, 43, of Hampton was arrested in Whitehall for one count of possession of a hypodermic instrument and two counts of criminal possession of a weapon in the fourth degree, both class A misdemeanors. He was being held.

8:45 p.m. Craig J. O’Connor, 36, of Easton was arrested for operation of a motor vehicle with a blood alcohol concentration of .08%, his first offense, and DWI, first offense, both class U misdemeanors. He was issued an appearance ticket.

12:40 p.m. John R. Richardson, 37, of Fort Ann was arrested on charges in connection with a domestic dispute, specifically assault in the third degree, a class A misdemeanor; menacing in the first degree and aggravated family offense, both class E felonies; and criminal possession of a weapon in the third degree with a previous conviction, a class D felony. He was being held.

1:30 a.m. Morgan P. Vandenburgh, 25, of Queensbury was arrested in Whitehall for criminal possession of more than two ounces of marijuana in the fourth degree, a class A misdemeanor. He was issued an appearance ticket.

6:05 p.m. Glynis K. Youngling, 41, of Salem was arrested in Easton for criminal possession of a controlled substance in the seventh degree, a class A misdemeanor, and operation of a motor vehicle while impaired by drugs in the first degree, a class U misdemeanor. She was issued an appearance ticket.

12:59 a.m. Michael J. Moynihan, 46, of Fort Edward was arrested for DWI, first offense, and aggravated DWI with no prior, both class U misdemeanors. He was released to a third party.

4:20 a.m. Darrell P. Macdonald, 65, of Argyle was arrested for operating a motor vehicle with a blood alcohol concentration of .08%, his first offense, and DWI first offense, both class U misdemeanors. He was issued an appearance ticket.

6 p.m. Vermont State Police were notified of a potential violation of conditions of release. Investigation revealed that Mindy Landau-Fox, 63, of Manchester was released on court-ordered conditions to not have contact with David Fox, 28, of Shaftsbury. However, Landau-Fox contacted the younger Fox via telephone. On Jan. 5, Landau-Fox was issued a criminal citation to appear at the Bennington Superior Court – Criminal Division on Monday, Feb. 15, to answer to the charge of violation of conditions of release.

8:57 p.m. Vermont State Police responded to a report of a single-vehicle crash into a tree on Vermont Route 116 South in the Town of Bristol. Joseph Desorda, 36, of Rutland City was traveling north on Route 116 South and subsequently lost control of his Hyundai Santa Fe, exited the lane and struck a tree. Desorda sustained serious injuries and was transported to UVM Medical Center. Troopers were assisted on scene by the Bristol Fire Department, Bristol Rescue Squad and the Bristol Police Department. The crash was under investigation. Anyone with any information regarding the crash is asked to contact the New Haven Barracks at 802-388-4919. Tips can be submitted anonymously.

8:23 p.m. Vermont State Police responded to a report of a single tractor trailer roll-over on Vermont Route 22A South at Mill Pond Road in the Town of Benson. Investigation revealed that Isaac Hurst, 33, of Jacksonville, Florida, was traveling south when he drove off the roadway while navigating a sharp corner. The vehicle, a 2018 Freightliner with a 53-foot box trailer, exited the southbound lane and rolled onto its passenger side. Hurst was not injured in the crash as he had been wearing his seatbelt. Troopers were assisted on scene by the Benson Fire Department, Benson Rescue and Fair Haven Police Department. 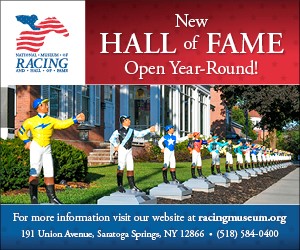