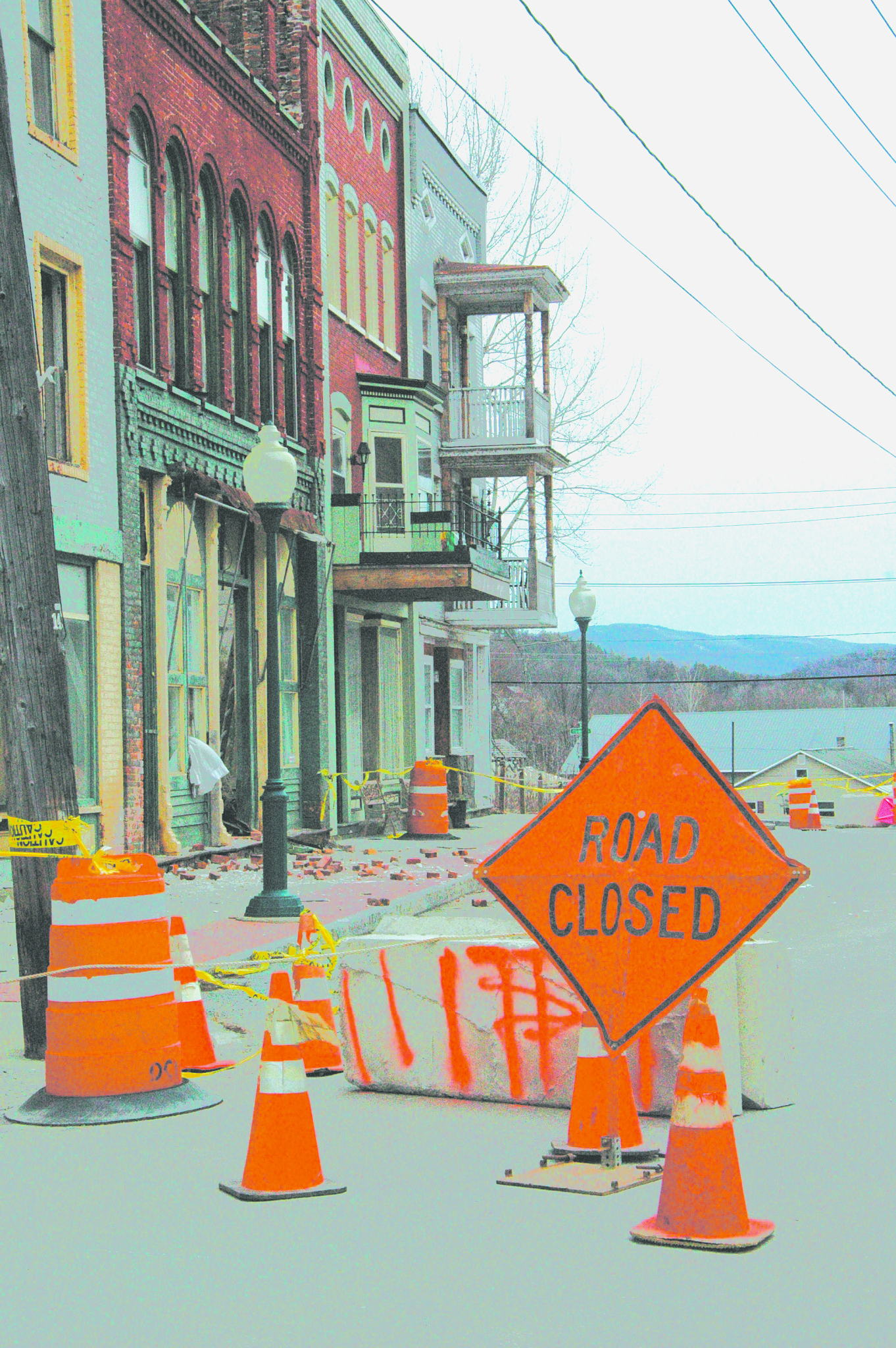 A portion of Main Street will remain closed until a building that has been deemed "structurally unsafe" is remedied. There is currently no timetable for its reopening.

A portion of Main Street will be closed indefinitely after part of the façade of a partially demolished building fell into the roadway last week.

Mayor Peter Telisky said a number of bricks fell from the old Chase building (located near Lock 12) onto the sidewalk Friday morning, prompting officials to close the street amid safety concerns.

“There weren’t a lot of bricks that fell but it was enough of a concern because they hit the sidewalk and flew into the road,” Telisky said.

On Monday, a few dozen bricks could be seen sitting on the sidewalk and in the southbound lane of Main Street. Cement barricades and orange construction cones were placed in the roadway on either side of the building and large road closed signs alerted motorists to the closure.

The property, which is located across the street from Lock 12, has been a source of frustration for village officials for months.

The adjacent sidewalk has been closed for nearly a year because officials feared that falling bricks might strike pedestrians.

Flint Stone, who according to Washington County property records, purchased the building last June for $1, had begun tearing down the building, but there has been little to no progress since last summer.

Village officials have tried to compel Stone to finish demolition but those efforts failed to bare any results and the matter was turned over to Washington County Code Enforcement.

According to Telisky, the county issued Stone a court summons but he failed to appear. Late Tuesday Stone, 41, of Fort Ann, was arrested and charged with failure to comply with a written order to remedy violations. He was arraigned in village court and released to appear at a later date.

“We’re not out to crucify this man but we want the building fixed. We want him to remedy this,” Telisky said.

The village had considered tearing the building down itself but was advised not to pursue that course of action, at least for now.

Telisky said the village will seek legal counsel on how to proceed but did not rule out the village tearing the building down and then trying to recover the money.

Officials are hoping to work with Stone to have the building removed.

There’s currently no timetable for the reopening of Main Street but Telisky is hopeful the matter can be resolved quickly.

Testing probe ongoing; no action yet