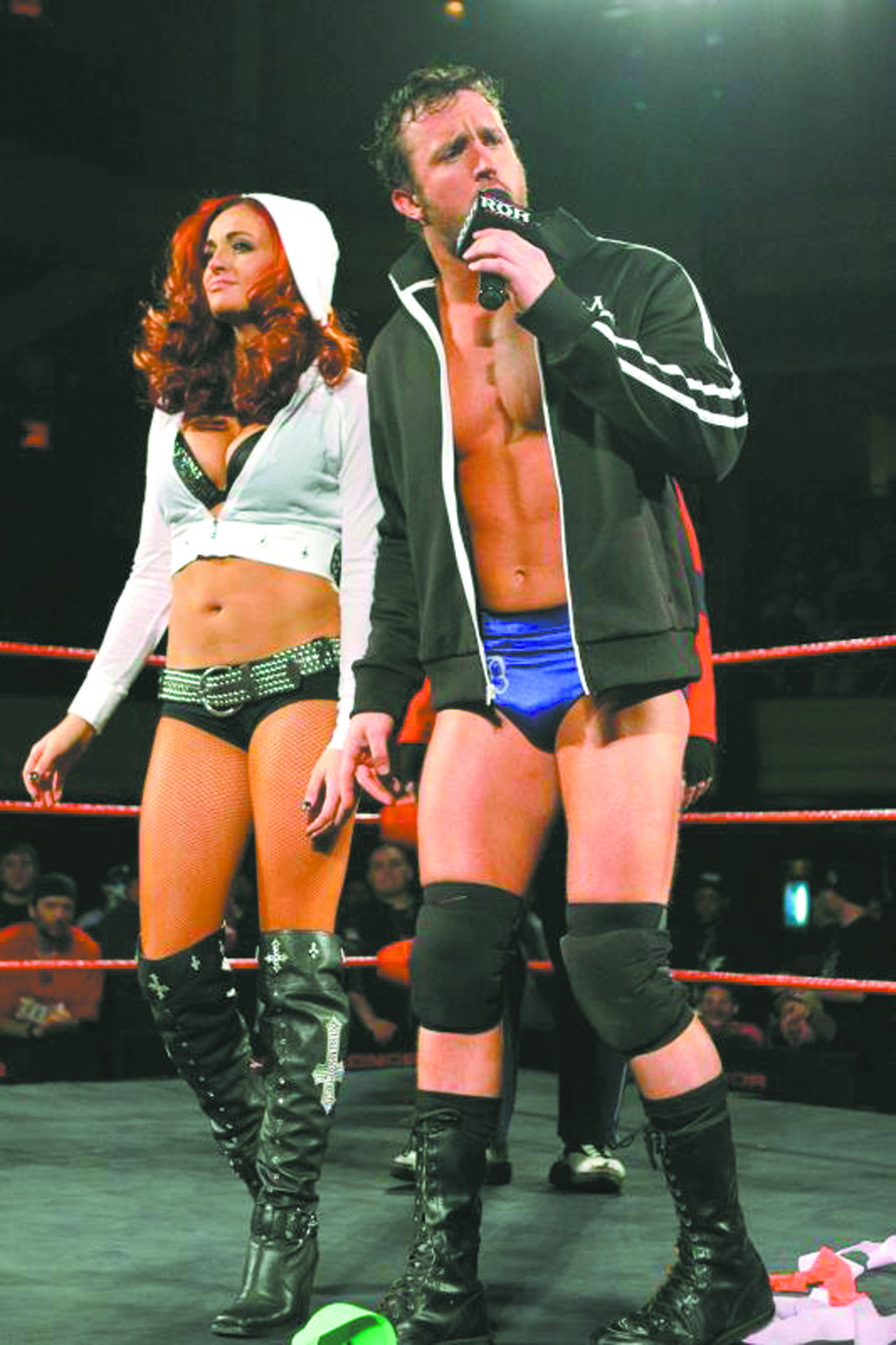 A local wrestling promoter who brought several former WWE stars to Whitehall last year will hold a series of professional wrestling events at the Whitehall Athletic Club over the next 10 months.

Shane Alden, owner of World of Hurt Wrestling, has scheduled 10 professional wrestling events at the WAC beginning with an event headlined by former WWE Diva Maria Kanellis at 7 p.m. on Friday, Feb. 22.

“To have her here is pretty exciting,” Alden said.

Alden inked a one year contract in December following a pair of sold out shows held in the venue last year.

In October, he brought former WWE Superstars Raven and Brutus the Barber Beefcake to the WAC and in November held an event featuring Matt Hardy, one of the most recognizable names in professional wrestling. He also organized a hugely successful show at Glens Falls High School featuring local alum “Hacksaw” Jim Duggan.

“I want to bring some big stars to the Whitehall Athletic Club. We’re going to do one show each month and bring a new, fresh big star each time.” Alden said. “The venue is great and we can bring in fans from Albany, Saratoga, Glens Falls and Rutland.”

Alden said Whitehall has very quickly developed a reputation as an up and coming venue in the world of professional wrestling.

“The venue is beautiful, especially the lighting. I’ve been in arenas that are not as nicely lit. It’s one of my favorite venues,” he said.

He said people in the area have also shown they are passionate about wrestling and that their enthusiasm for the sport is creating a buzz in the wrestling world.

“I have stars calling me because they hear about how great the audience is and how emotionally invested they are. It’s really becoming a hot spot. It’s word of mouth. They hear it’s a good positive place.”

A veteran of the professional wrestling industry, Alden said the success of the shows has a lot to do with accessibility.

Unlike WWE events held in large arenas, fans are much closer to the action and the stars are encouraged to interact with the fans.

“The thing that makes it so big is the stars do a meet and greet at each show. The fans aren’t separated from the stars like they in the WWE,” he said.

Before and during shows, fans can strike up a conversation with the wrestlers or receive autographs.

Alden also tries to make the shows appeal to a large audience, from the casual fan who may be watching their professional wrestling event to die-hard fans that have seen hundreds of matches.

“We try to make it the place to be on the night of the show,” said Alden, who has invited television personalities and local politicians to previous events.

Kanellis’ appeal extends beyond the ring. She is a former Playboy cover girl, appearing on the cover of the April 2008 edition, as well as a singer, releasing an album in 2010. She also appeared on the Donald Trump’s Celebrity Apprentice in 2010, finishing fifth out of 14 contestants.

Besides Kanellis, next week’s show will also feature a “20 man over the top rope rumble.”

“It’s our version of the Royal Rumble,” Alden said.

The winner of the rumble will earn a shot to wrestle World of Hurt Champion Swinger Sindusky at a future event.

Tickets for the show range from $15 for general admission to $20 for ringside seats and are available by calling 832-3662.

“We’re going to keep it fresh and keep people surprised,” Alden said. “We’ll keep people on the edge of their seats.”