There will be an empty stool at Scotties during lunchtime and a familiar old sky blue Ford missing from the Middle Granville Road.

Neil Hulett, longtime owner and operator of the Granville Airport in Middle Granville, collapsed at the Granville Post Office on Main Street before 10 a.m. Wednesday. Hulett was pronounced dead at Glens Falls Hospital a short time later. Despite CPR and other efforts to resuscitate Hulett, including use of a defibrillator device by Granville Rescue Squad workers, he could not be revived.

Hulett’s daughter Kathy (Hulett) Bailey said one of the things that always struck her about her father was that he was someone who never hesitated to do something.

She recalled that he designed and built nearly every building at the airport and was involved in the building of both Granville Elementary and what is now known as Mary J. Tanner Schools during his time on the Granville Board of Education.

Bailey said her father often spoke of journeying to New York City to sign the bond measure for one of those projects.

“I was just small when he started on the board. He was on the board about 25 years, I think,” she said.

Hulett got on the board in the 1950s and remained on it until the early 1970s, long enough Bailey said, to hand each of his daughters their diplomas in 1961, 1965 and 1969. Bailey said Hulett remained interested in the school. She recalled with a chuckle her father still examining the school budget and not being pleased.

The signature sky blue Ford Hulett still drove in fact belonged to several family members before coming into his possession.

“That was my mother’s brother’s car,” she said. “I guess you could say that he was set in his ways – that’s how you get to be that age, though.”

Bailey said her dad was still the go-to guy for many people, including herself.

“If I needed something, it was like, ‘hey, Dad…’ It’s going to be weird not to have that,” she said.

“He was always there for people,” she said and that included his extended family at the airport.

“He used to say ‘The boys can’t fly if I don’t keep things cheap,’” she said.

The airport Hulett opened 62 years ago in April is expected to remain open under the management of herself and her husband Bob.

“That’s kind of our plan and hope anyways,” she said.

Tom Nelson of the C.H. Nelson Agency, a local flyer and friend of Hulett’s, recalled working for the man during summers home from college after getting out of the Navy. “That was how I first got to know him,” Nelson said. “Neal opened up the airport in 1947. I think it was April, there was nothing there but a field before that.”

Nelson said he worked for Hulett flying customers from the airport on sight-seeing tours out over Lake St. Catherine or even Lake George for $3 or $5, respectively.

“We used to give a lot of rides back then,” he said.

Nelson recalled an instance where, because the plane had seen so much use from take offs and landings, that the read wheel of the landing gear had broken.

“It was a steady stream of people you never even shut the engine off,” he said.

Hulett spied the broken gear and, telling Nelson to keep the plane running, changed the wheel on the spot.

Nelson said he has had a plane lodged at the airport for over 30 years.

“The last time I saw him was Monday, I flew up to Burlington. He liked to know what was going on so he drove down and sat in his car and watched me take off,” Nelson said.

“He was always very accommodating. You could always count on him to help you push your plane inside.”

Nelson recalled a man who had had a number of different vocations, of which flying was the center. Nelson said Hulett used to have a business delivering lime to local farmers as well as running the Mettowee Garage for many years, which stood on the spot now occupied by TD Banknorth.

“I think they might have even used the foundation of the garage for the bank,” Nelson said. “He ran that for several years back in the 60s.”

Nelson said he had nothing but great memories of Neal Hulett.

One of their last conversations came to mind as Nelson talked about his friend.

“We were talking and we both agreed that we had lived in one of the best times for private aviation –maybe overall – we shared that opinion; we left on that, that was the last conversation we had. We both decided we’re really happy we lived at this time.”

Myron Waite, another local flyer and friend of Hulett’s, supplied the poster of the man in front of a plane at the airport.

“I don’t know too much more than we’re going to miss him,” Waite said Friday.

“He’s been there a long time at the airport, there are a few of us have been there for a few years,” he said. Waite, too, knew Hulett back in the days when what is now an airport was a field.

Although he knew Hulett through aviation, Waite said he knew the man in other circles as well.

“I got to know him better when he on the school board for many years,” he said.

Having an interest in flying, Waite said he, like many others who came into contact with Hulett, ended up learning to fly.

“That’s where I learned to fly. Probably without Neal it never would have happened; he just kept us going,” Waite said.

Waite recalled good times at the airport with fly in events and barbeques.

“I talked to him last Sunday, had lunch with him at Scotties,” Waite said. A group usually gathered, he said, to meet up for lunch. “There was kind of a regular thing half a dozen of us: Kevin Brundage, Dick Colty, Albert Farr, Ed Kennedy and others.”

Waite said Hulett was widely known but it would still surprise him when someone at some airport would know Granville and Hulett and not just in the immediate area. Waite said there are groups in Rutland, North Creek and Glens Falls, to name a few, that knew Hulett because of flying and the airport.

“I remember I was down at the Cape and this guy says, ‘Oh is that old guy still up there?’ It’s like he’s known all over the world,” Waite said.

Hulett was also known for the work he did on the aircraft of flyers from around the region.

“He worked on everybody’s airplanes from all across the Northeast. He did their ‘annuals’” he said. Aircraft are required to have a yearly inspection to ensure they are airworthy.

“I don’t think he ever got rich doing it, but he enjoyed doing it,” Waite said.

When asked about the proper name of the airport Hulett had manned for so long, Waite said he felt sure it was simply the Granville Airport, but mused that with Hulett’s passing it could possibly gain a new moniker.

Waite felt sure that one way or another, the airport would remain open.

“I hope that everybody pitches in to keep the thing going,” he said.

Dick Bovee at the Argyle Airport said, “I’ve known Neal ever since I was in high school, I used to fly over there when I was in high school, so I’ve known him for close to 50 years. He’s been a real friend of
aviation. I think mostly he’ll be remembered for his generosity working for little and sometimes nothing to keep everyone flying and he’s gong to be really going to be missed by everyone.”

Charlie King at King’s Funeral Home said calling hours would be held, but the family planned to wait until later in the year to have a funeral. King said the family plans to honor the man with a combination fly-in, barbeque and celebration of his life at the airfield when the weather improves. 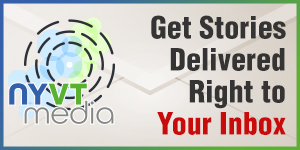